The need for Ethical Rebels

The industrial revolution in Victorian England has been well documented by authors such as Charles Dickens and is generally associated with an era of abject poverty, abusive employers, high levels of pollution, dangerous factories with frequent accidents that maim or kill employees, workers forced to live in slums and a lucky man is one who makes it to the age of 30.

We now relegate these images to history; a time long ago that is no longer relevant to a modern and sophisticated society that takes an arsenal of health & safety and employment laws for granted.

But over the last few decades our factories have moved overseas as retailers drive down production costs to make bigger profits. These overseas factories emulate the same appalling Victorian conditions: workers in buildings that should be condemned, structurally unsound and with no fire exits; wages so low that even working over 100 hours a week cannot earn enough to feed a family; drinking water contaminated by chemicals and dyes; and that’s just the stuff we know.

And the price of our clothes has dropped. Dramatically. A generation of young people has now grown up with and expects clothes to be cheap. But these cheap clothes, that cost us so little, is costing the people that make them their very lives.

But the problem does not end there. Because these clothes are so cheap, they are quickly replaced, even when there is nothing wrong with them and often when they haven’t even been worn. The volume of clothing that goes to landfill has been recorded as the second biggest pollutant in the world after oil. It’s actually worse than the plastic contamination in our seas.

A fair price means paying garment workers at a rate they can live on and providing safe working conditions. This means higher production costs, which would mean increasing the price of our clothes. In many cases, the price would only need to increase by a couple of pounds, but it would ensure that the people making our clothes can afford to eat and not live in squalor. It would also add value to our clothes. If you have to spend more, you’re going to make sure you invest your money wisely and keep your clothes lasting longer.

High street retailers just don’t believe that the British public is conscientious enough to pay a fair price for their clothes anymore.

I believe differently. I believe that most people do care. The issue is that they aren’t being given a choice. 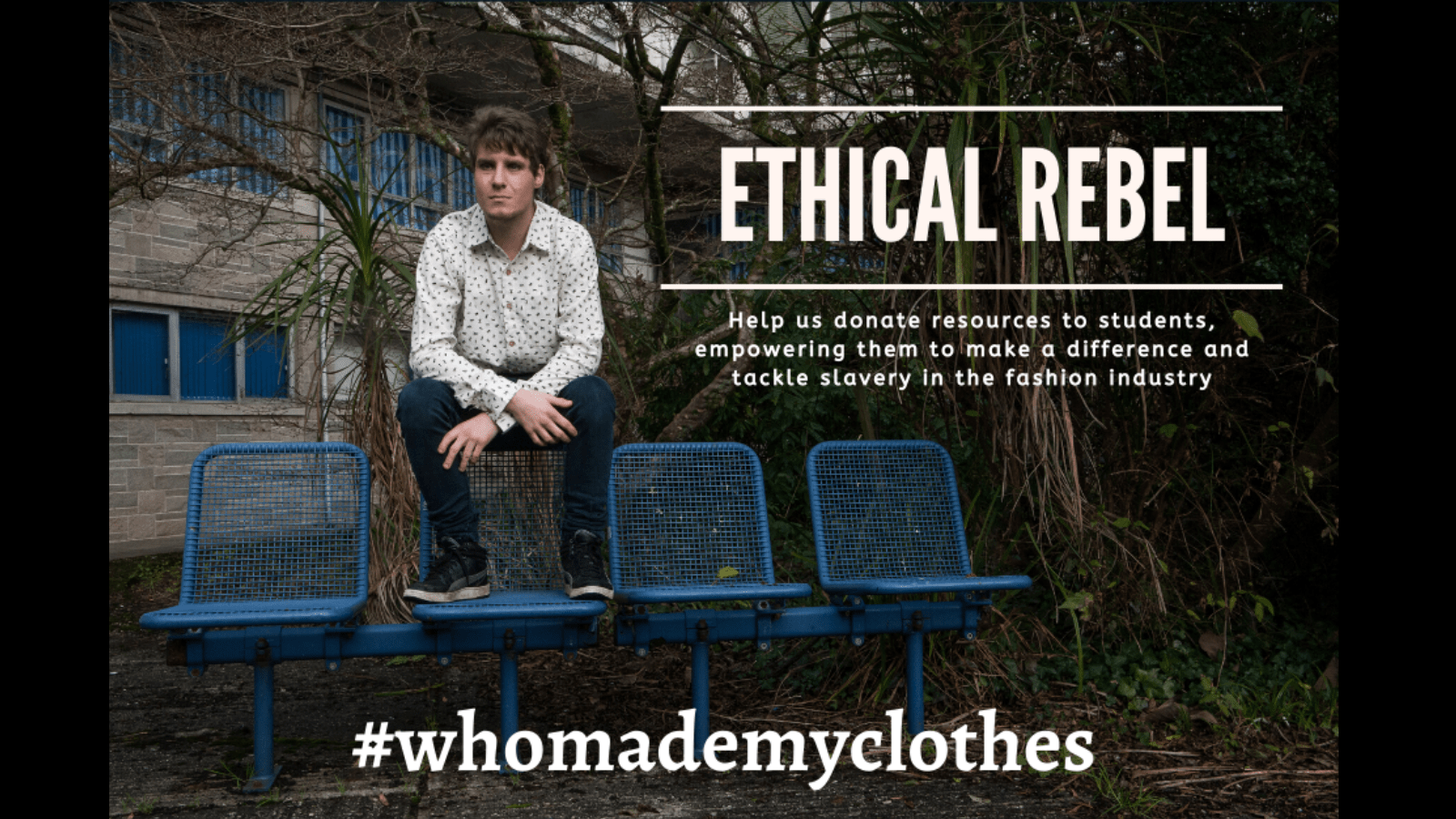 The Ethical Rebel Crowfunder campaign #whomademyclothes ends at 4:22pm on Sunday 3rd May 2020. Pledge as little as £3 to get a copy of the magazine. 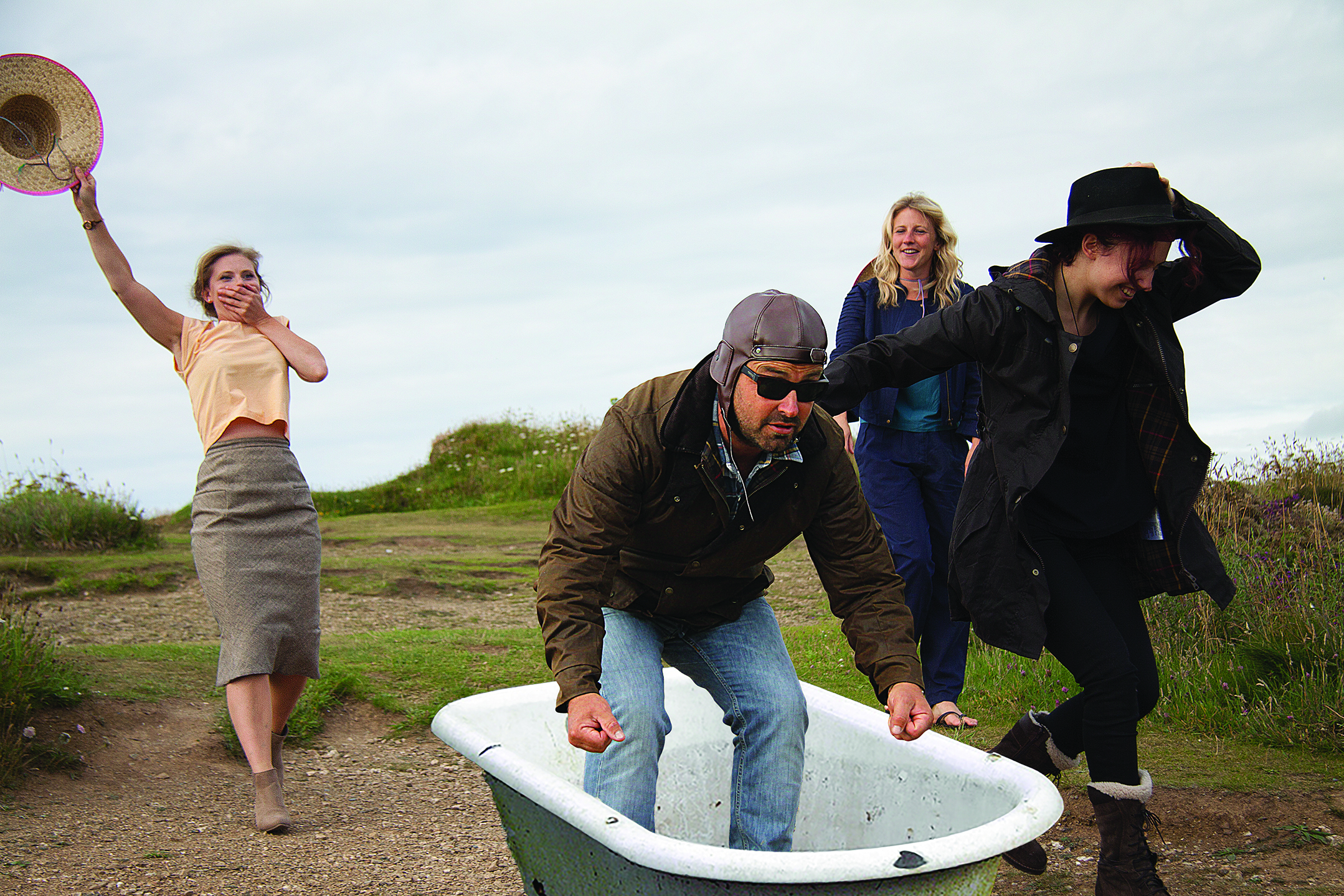 Most of us have a favourite pair of jeans. Many of us live in them. Yet slave free jeans are a rare 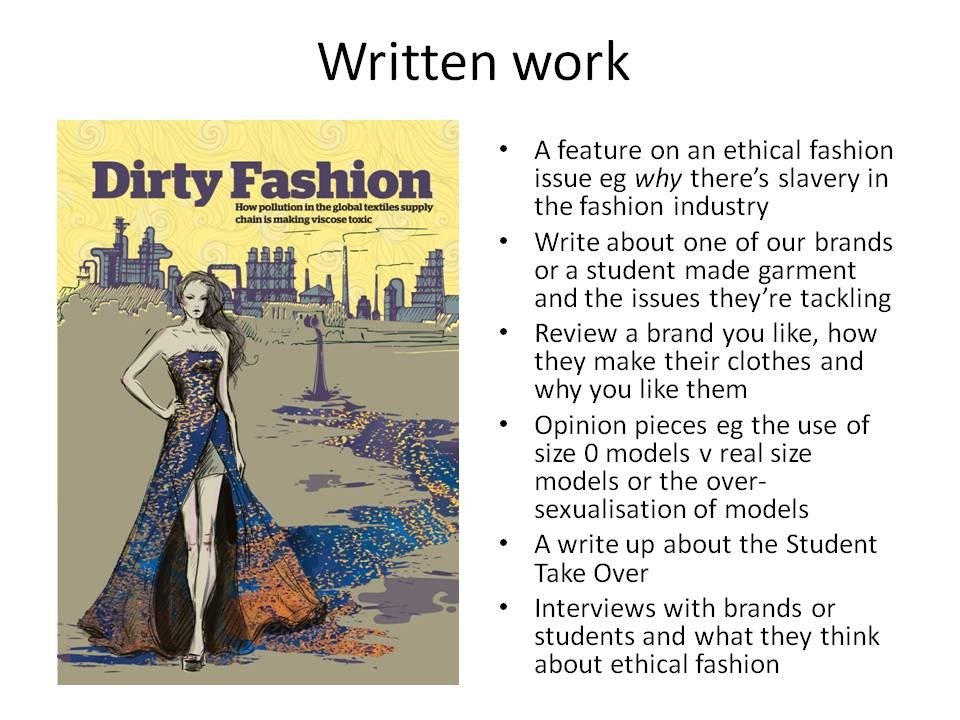 Magazine submissions are invited for the next few issues of the Ethical Rebel.